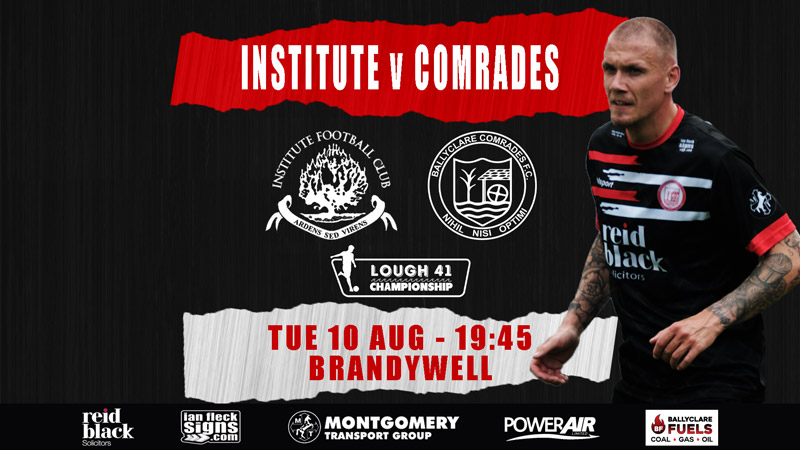 The Comrades travel to the Brandywell this Tuesday evening to take on Institute in our next league fixture.

Where: The Ryan McBride Brandywell Stadium

Entry: For supporters, of either club, you may now buy your tickets via the following link: https://institutefc.co.uk/tickets.html

As an appreciation to football supporters, Institute have decided to reduce the admission rate to £5 (Adult) and £3 (12-17yrs) for their first home game.

U12’s free when accompanied by a paying adult – Tickets for U12’s can also be requested on ticket website when Adult ticket is purchased.

Supporters bus: There is a supporters bus running to the Brandywell and back to Ballyclare on Tuesday evening with limited seats available. Contact Justyn Wallace for more info.

Institute suffered a 5-0 away defeat to Dergview in the opening game of the season on Saturday and so manager, Sean Connor, will be looking for a reaction from his team come Tuesday evening. ‘Stute have a very young side this season, with @NIStats on twitter (Marshall Gillespie) calculating that they had the youngest starting XI in the Lough 41 Championship with an average age of 21.7 years old (the Comrades had an average age of 25 years old on Saturday, for comparison).

We had an emphatic start to our 2021/22 Lough 41 Championship campaign with a 5-1 victory over Ballinamallard United at the weekend. After going a goal down early on in the game, the Comrades fought back to see out, what ended up being a comfortable victory over the County Fermanagh side. Paul Harbinson hailed the work rate of his team while emphasising that “We’ve only won one game, it counts for nothing. It sounds great, but it means nothing.”

You have to go back to the 2017/18 season for the last time we played Institute. ‘Stute were the victors that day, going in at the break 2 goals to the good. A second half comeback looked on at a stage when goals from an OG and Mark Kelly gave the Comrades some hope, but Institute proved too strong and ran out 4-2 victors on the day. Institute later went on to win the league that season and gained automatic promotion to the Premiership. 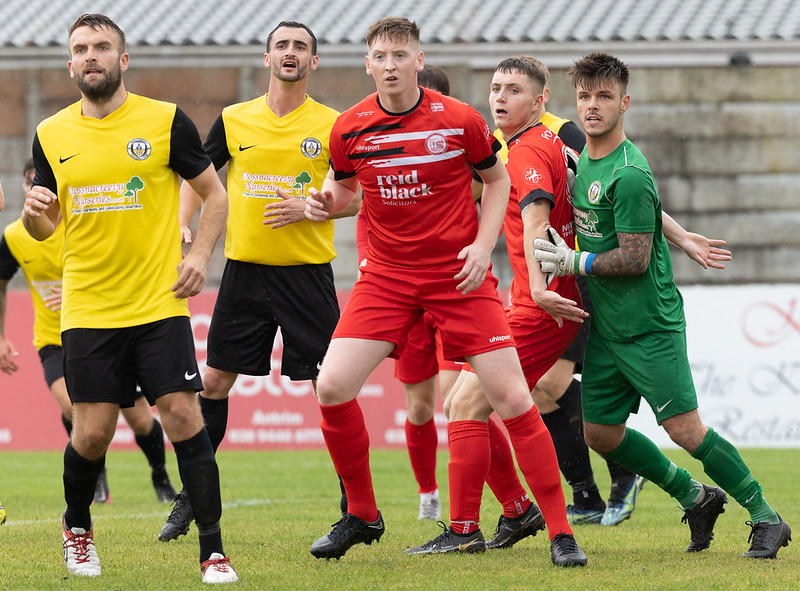