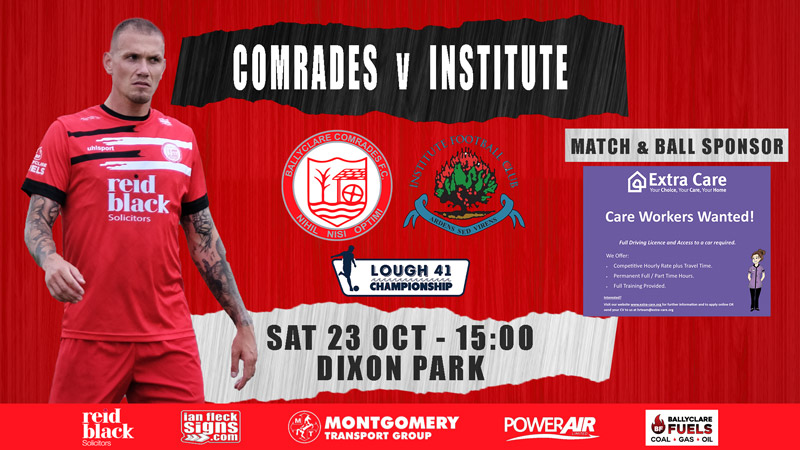 Institute come into tomorrow’s game following a 2-1 defeat at home to Newry City last Saturday. Newry came from a goal down to claim all three points at the Brandywell. ‘Stute moved in front after just eight minutes when the on-form Brendan McLaughlin beat City keeper Steven Maguire with a sublime chip. That was how it stayed until 60 seconds from the break when Stephen Lawless levelled for the visitors from close range. And Newry’s winner came a couple of minutes before the hour mark courtesy of James Teelan’s finish into the roof of the net following a sustained period of pressure. Institute currently occupy 10th spot in the league table on 12 points, just 6 points adrift from the top 6, with a game in hand.

Paul Harbinson’s men made it three wins from three as they put 4 past Annagh United last Saturday, keeping them in contention at the top of the table. The Comrades started the game on the front-foot and soon got their reward. In the 6th minute their excellent pressing paid off when Liam McKenna robbed an opponent inside the Annagh half and fed the ball forward to Andrew Mooney. The striker could have taken on a shot but had the awareness to see Liam Hassin arriving in a better position on the left side of the box and fed him a perfectly weighted ball which Hassin fired into the roof of the net from 12 yards for his first goal for the club. The second goal for the away team came in the 19th minute. A corner played low into the box saw it ricochet about the box and then fall to Andrew Mooney who drilled it in from 7 yards. The two-goal lead for Comrades didn’t last long and five minutes later the hosts were right back in the game. A dangerous long-throw into the box from Taylor, a feature throughout the game, saw Ashton McDermott head into his own net, giving ‘keeper Richard Purcell no chance. The second half saw the Comrades step things up again and on 64 minutes, a Gary Donnelly free kick forced Hughes to make a save and the ball rebounded out to Ian Fletcher who the struck a fine controlled effort wide of the keeper and inside the far post from 10 yards. The destination of the points was put beyond doubt in the 86th minute. With Annagh pushing men forward, Gary Donnelly set Liam Hassin clear to run free from the halfway line and, when he reached the box, he squared unselfishly to Ciaran Heggarty who had arrived in support and was able to finish confidently from 10 yards. That keeps the Comrades in 3rd position in the Lough 41 Championship table with both Ards and Newry City, above, winning their respective matches.

The last time these two sides met was at the beginning of the season, when a dominant first half display secured the Comrades’ three points from their trip to the Ryan McBride Brandywell Stadium. Paul Harbinson’s men were quick off the blocks and soon had the lead. In the 5th minute, with his third corner in quick succession, Liam McKenna whipped in a beauty which went in at the near post despite a defender’s effort to keep it out. In the 22nd minute the visitors doubled their lead. Curtis Woods played an excellent ball into the box from the by-line, finding Adam Gray who took a touch and produced a composed finish from 10 yards. Comrades continued to look threatening and on 36 minutes they went three up. Liam Hassin burst into the box and was brought down for a penalty. Joe Tully stepped up to take the spot kick, but ‘keeper McCann was able to save it. However, the ball fell back kindly into the path of Tully who this time made no mistake. The second half was a rather different affair, and on 83 minutes Institute got what proved only to be a consolation goal when Pomeroy converted from the spot after Chris Ramsey had fouled an opponent in the 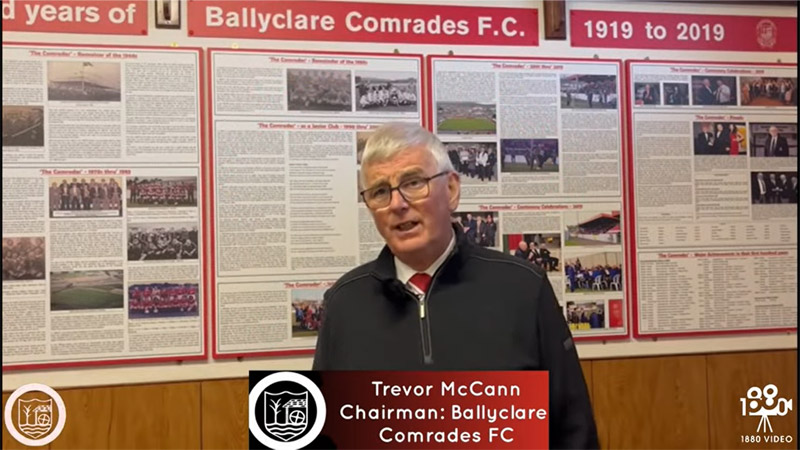 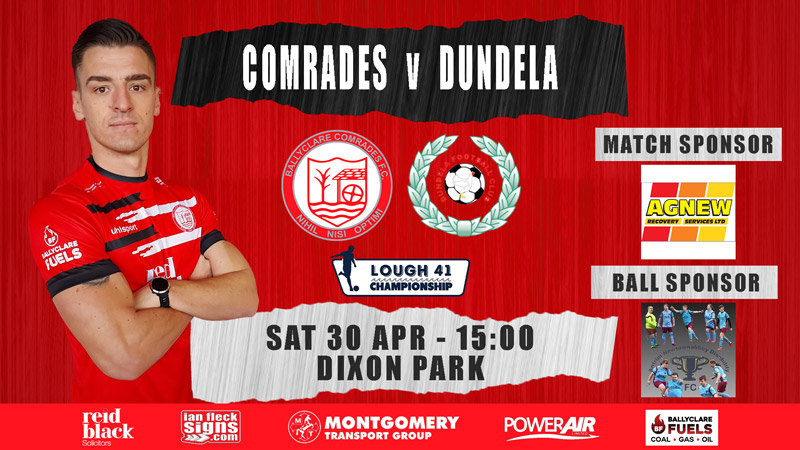 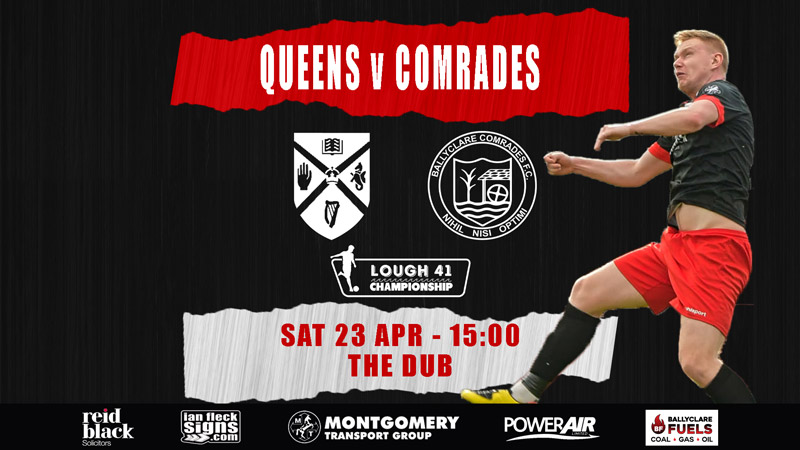