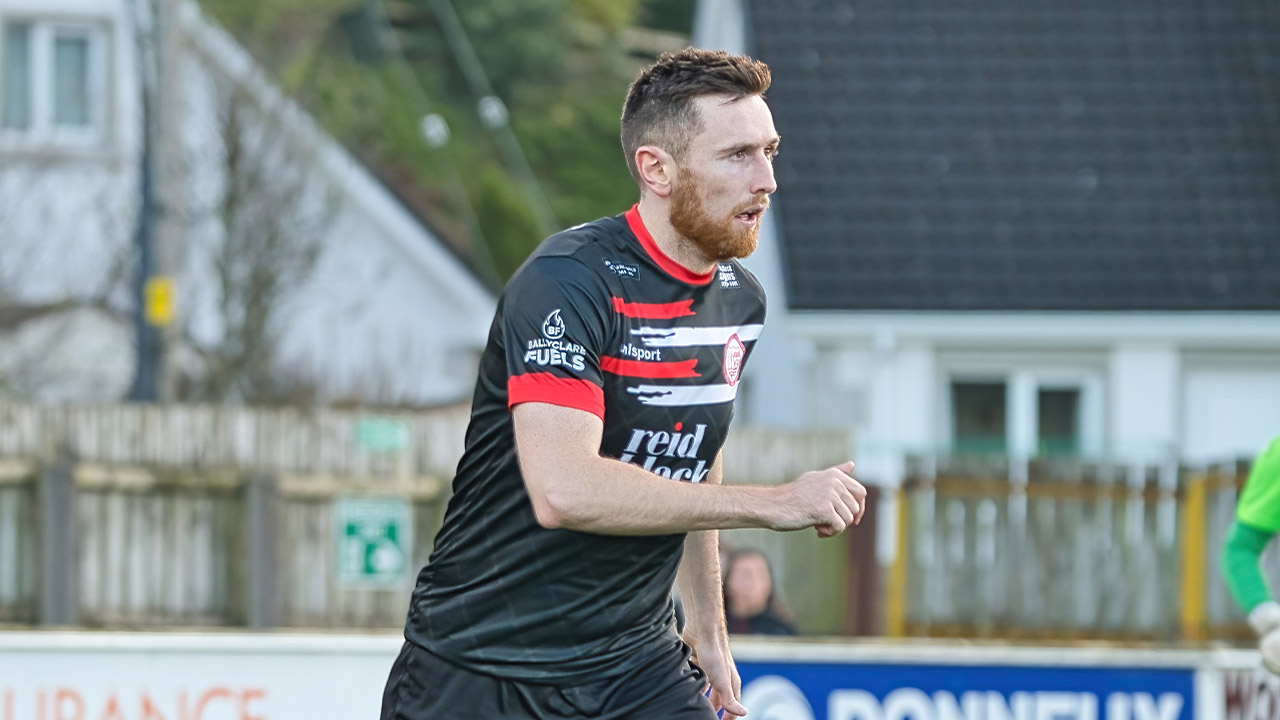 Ballyclare Comrades FC can confirm that Howard Beverland has departed the club to sign for Portadown FC.

The defender, who previously enjoyed a 14 year spell in the Danske Bank Premiership, joined the Comrades at the beginning of this 21/22 season and made 16 appearances during his short spell at the club.

“Howard was the consummate professional in all of his dealings throughout his time at the club,” said Paul Harbinson. “A real warrior on the pitch but a true gentleman off it. We wish him well and would never stand in the way of a player wanting to return to premier league football.”

Howard’s departure follows the news of both Joe Tully and Gary Donnelly also leaving the club as they joined Ards FC yesterday.

Everyone involved with Ballyclare Comrades FC wishes Howard the very best as he returns to the Danske Bank Premiership.