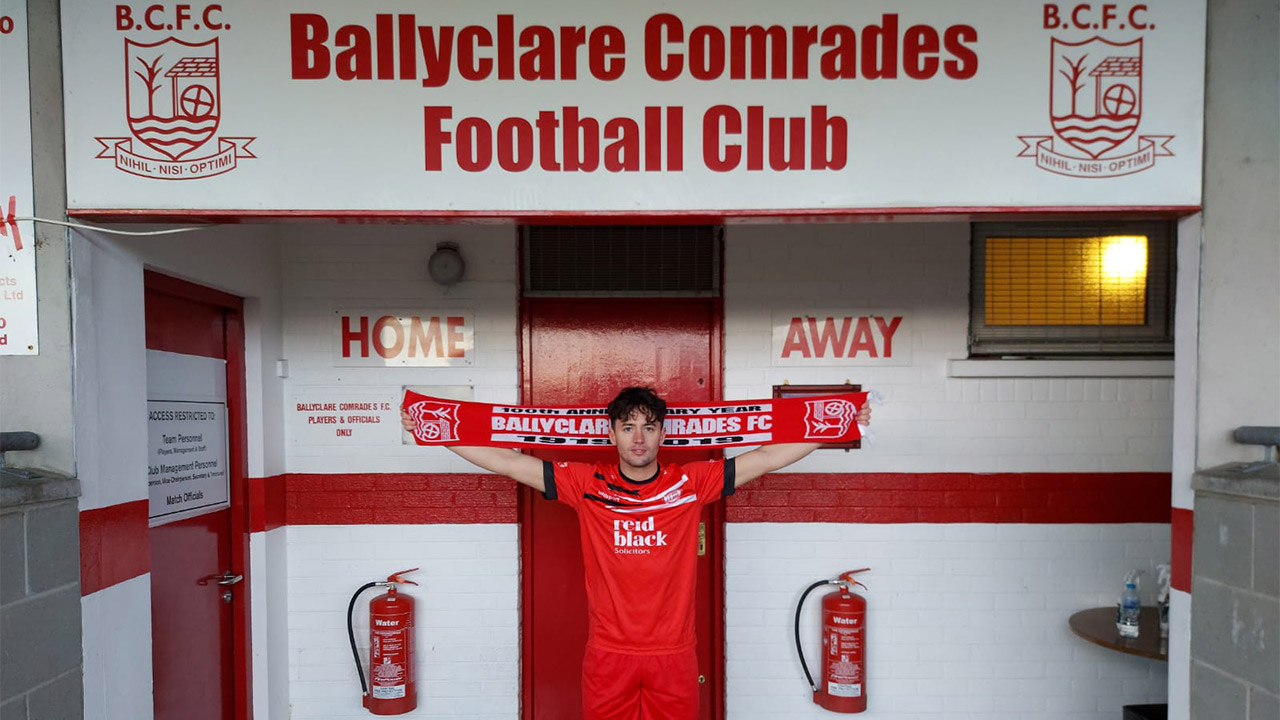 Ballyclare Comrades is pleased to announce the signing of right-sided midfielder/defender, Owen McKeown.

The 24-year-old joins the Comrades from Danske Bank Premiership side, Ballymena United where he signed in September 2020 after impressing at Crumlin United. McKeown went on to make 23 appearances for the Sky Blues during his time at The Showgrounds.

“Owen is a player whom we have kept a close eye on for over a year now and we are delighted to have attracted him to the club,” said Paul Harbinson. “He comes with a great level of experience along with a versatile ability and playing style, making him a great asset across a number of key areas in the team. His quick feet and ability with the ball will be something that the fans will enjoy watching. We look forward to working with him!”

Owen will wear the number 4 shirt for the Comrades. Want to show support for Owen? You can sponsor him for £20 for this season and you will get your name/business listed beside Owen on our Sponsor A Player page, as well as a photo opportunity with him. You can sponsor Owen here.