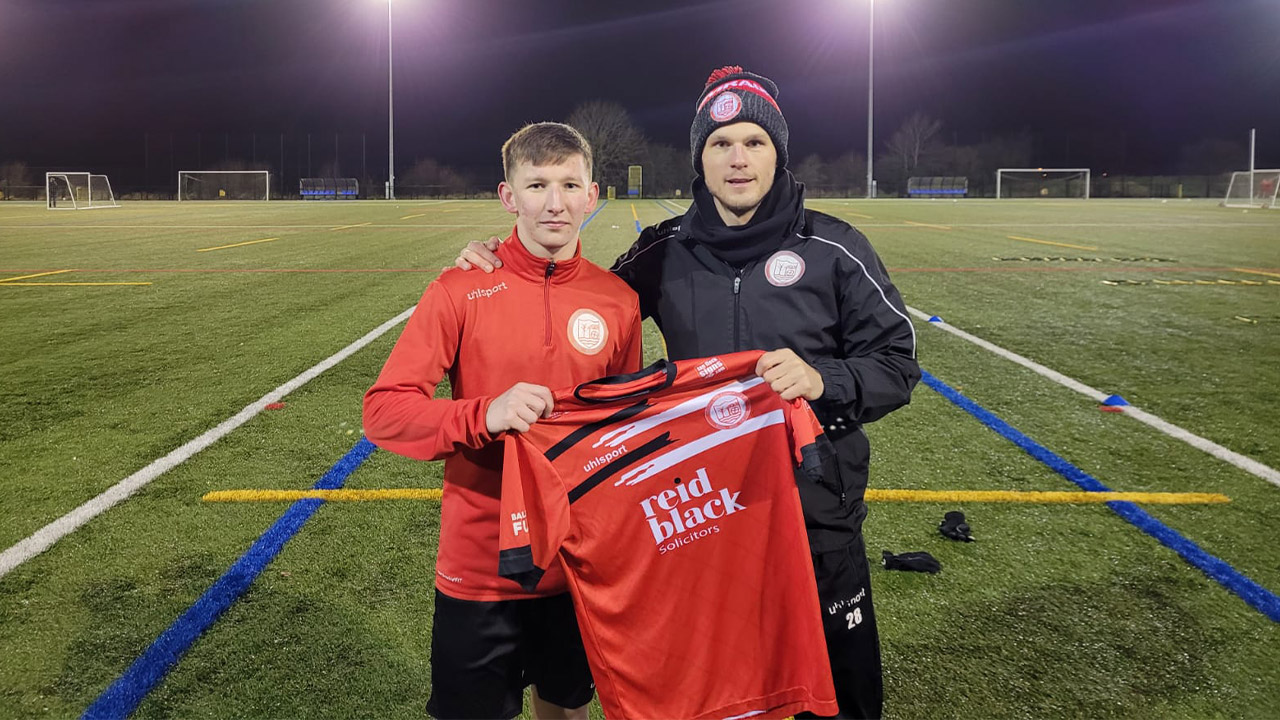 Ballyclare Comrades is pleased to announce the signing of young winger, Caiolan Brennan, who is joining on loan until the end of the season.

The 20-year-old joins the Comrades from Danske Bank Premiership side, Coleraine, while he spent the first half of the 21/22 season on loan at Limavady United.

“Caiolan Brennan is a player that we enquired about in the summer, having been an admirer of his pace and ability with the ball for a while now,” said Paul Harbinson. “We’re delighted that he has agreed to join us and thank Oran and Coleraine for their assistance in making it happen.”

Caiolan will wear the number 14 shirt for the Comrades.