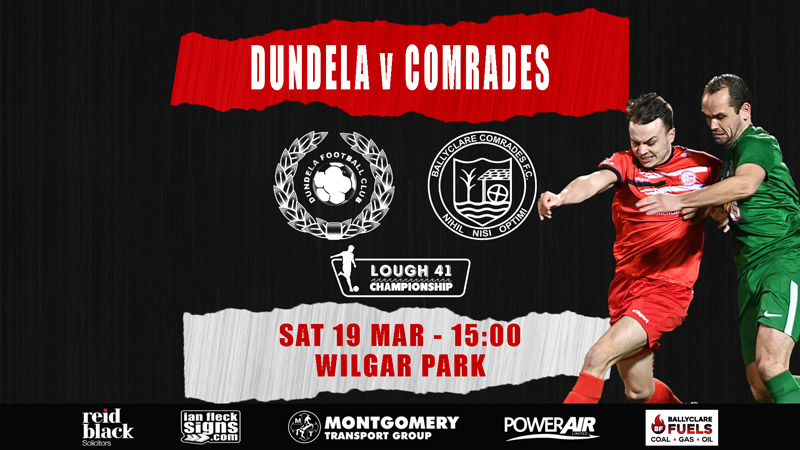 We travel to Wilgar Park tomorrow afternoon to take on Dundela in our next Lough 41 Championship fixture.

Dundela are flying at the moment as the most in-form team in the league, with 4 wins and 1 draw from their last 5 outings. Last week, Dundela came out on top by the odd goal in five following an entertaining East Belfast derby with HW Welders at the Blanchflower Stadium. The Duns raced into an early lead when, around the ten minute mark, David Fearon finished low into the bottom corner from six yards following good build up play from David McMaster. That was how it stayed for the remainder of the first half until, not long after the interval, Scott Davidson levelled for the Welders with a looping finish over Marc Matthews. Then, five minutes after that, David Graham fired the home side in front from the six yard box after fantastic team move. Back came Dundela through Eamonn Fyfe just after the hour with the final touch over the line after Tony Kane’s free-kick caused all sorts of confusion. And Niall Currie’s side regained the lead – and ultimately the points – with four minutes remaining with Fearon’s second of the night, a fantastic long range effort which proved to be too strong for Joe McGovern.

Last week, the Comrades got back to winning ways as we picked up our first win in almost two-and-a-half months with victory over Dergview at Dixon Park. Under the watchful eye of incoming boss Stephen Small, the Comrades trailed at the break when Matthew Buchanan poked the visitors in front midway through the first half after connecting with a free-kick to the back post. However, Ballyclare levelled midway through the second half in somewhat bizarre circumstances. Awarded a penalty for a foul on Jason Johnston, Michael Smith saw his spot-kick saved twice but each time the referee ruled that the attempt be retaken after keeper Patrick McGarvey had come off his line. Then, at the third attempt and with a change of kicker, Ian Fletcher stepped up to bury the ball in the net. Spurred on by this, the home side edged into the lead on 77 minutes when Caiolan Brennan fired into the top corner from the edge of the box. And then, to make sure of the points, Kyle Beggs dispossessed a defender before squaring the ball for Liam Hassin to make it 3-1 with a tap in. The result keeps the Comrades in 9th position in the Lough 41 Championship, 3 points behind Dundela in 8th.

The last time these two sides met, Dundela swept to a three-goal Friday night victory over Ballyclare Comrades at Wilgar Park. The visitors started on the front foot, enjoying plenty of possession during the opening exchanges but they fell behind on 19 minutes when Jay Magee found the net with a header from a corner. Ballyclare attempted to work their way back into the game with Liam Hassin and Joe Tully both testing Marc Matthews but the home keeper proved equal to every challenge thrown at him. Still trailing, Ballyclare upped the tempo after the break and came close early on when Tully saw a header deflected over the bar. Liam McKenna then connected with a Ciaran Dobbin cross but, again, this went over as did another Tully effort on the hour. Then, with ten minutes remaining, Ballyclare were awarded a spot-kick but it was an evening when Matthews was proving unbeatable as he made the save from Chris Ramsey. That proved to be a decisive moment when the Duns immediately broke down the other end and doubled their advantage through Jordan Hughes before, with three minutes remaining, David McMaster made sure by turning home number three for Niall Currie’s side. 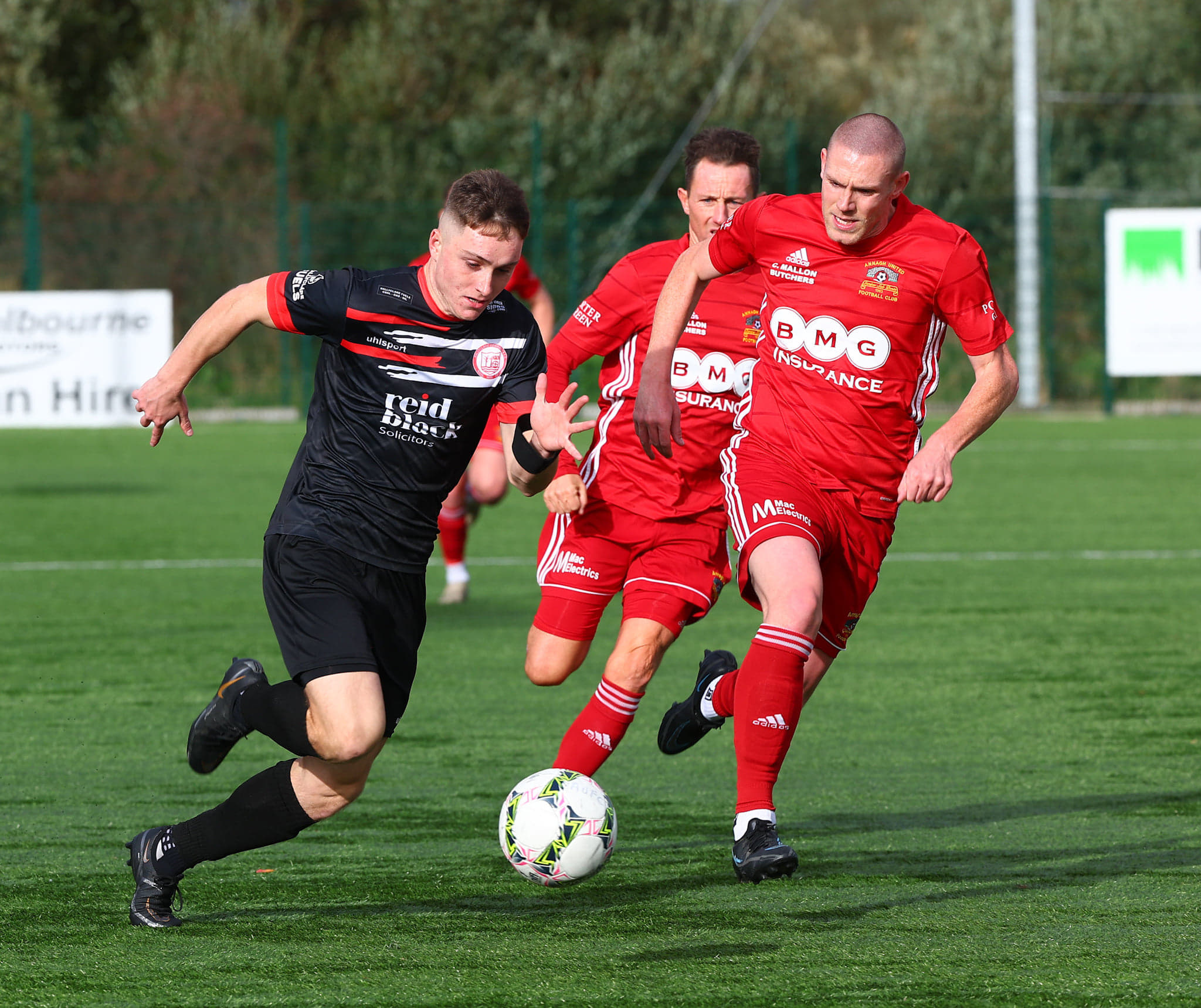