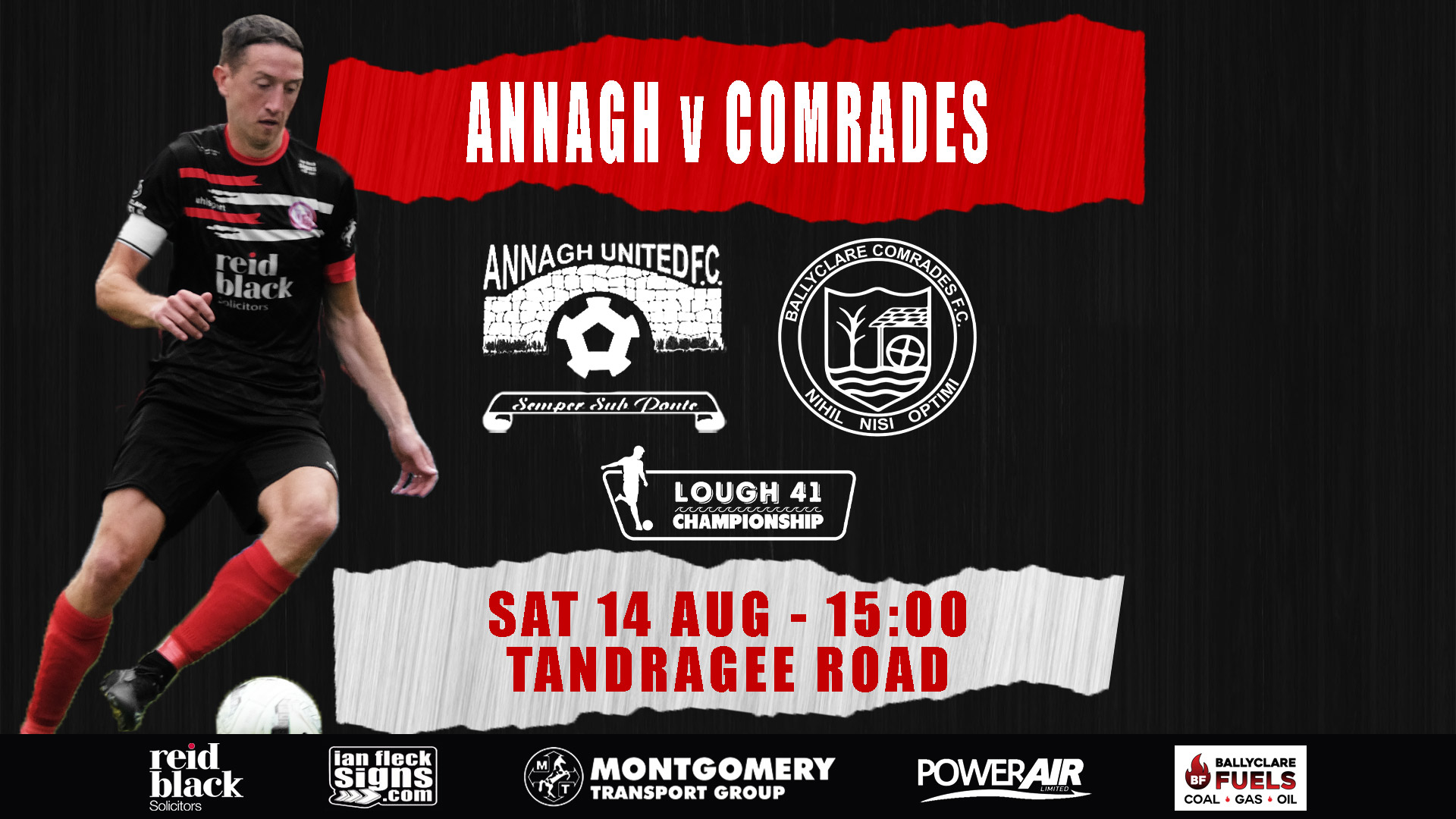 The Comrades travel to Tandragee Road this Saturday in our latest Lough 41 Championship clash; this time the hosts are Annagh United.

Annagh have been the victim of injury-time heartbreak in the opening 2 league games of the season. A victory against Ards on the opening day looked very much on the cards until they conceded with 6 minutes to go to level the scores at 2-2. They then received a further sucker-punch as Ards scored in the dying moments of the game to snatch victory away from Annagh. A similar story occurred on Tuesday evening where Knockbreda hosted Annagh at Breda Park. Goals from Campbell and Duffin had Annagh United 3-2 ahead right up until the 93rd minute when Knockbreda delivered another sucker punch blow, and the game finished all square. Annagh will be looking to chase those lost points when we travel to Tandragee Road on Saturday.

Another solid display on Tuesday evening against Institute seen the Comrades run out 3-1 winners and has us sitting top of the Lough 41 Championship going into gameweek 3. Manager, Paul Harbinson, hailed the professionalism of his squad following the long-distance travel to the Brandywell on Tuesday evening. Liam McKenna got the first goal direct from a corner kick, following a little confusion as to whether it was an own-goal or not. “His delivery is frightening,” said the boss “I love the fact he is so confident stepping up to every ball and we just know we’re going to get something from it.” Adam Gray and Joe Tully once again found the scoresheet and seem to have hit the ground running at the start of this campaign. There’s a long way to go for the Comrades but they will be hungry for more success as we travel to Tandragee Road tomorrow afternoon.

Our last trip to Tandragee Road was a successful one as we ran out 4-0 winners against Annagh United in the 2016/17 Championship season. Annagh later went on to get relegated that season and have remained in the Premier Intermediate League until last season when they were promoted back into the Championship following the mathematical formula used by NIFL to award automatic promotion places. 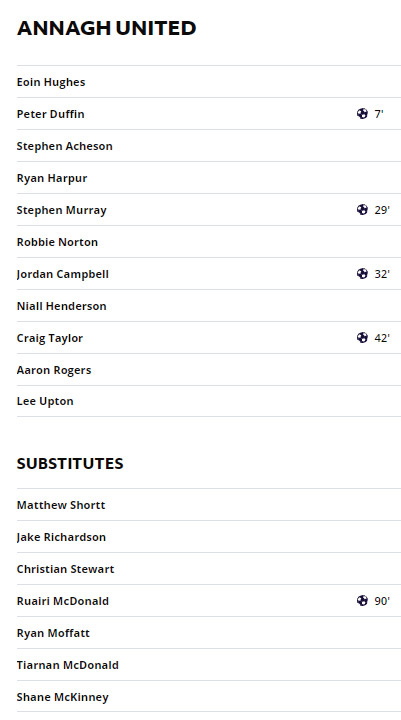 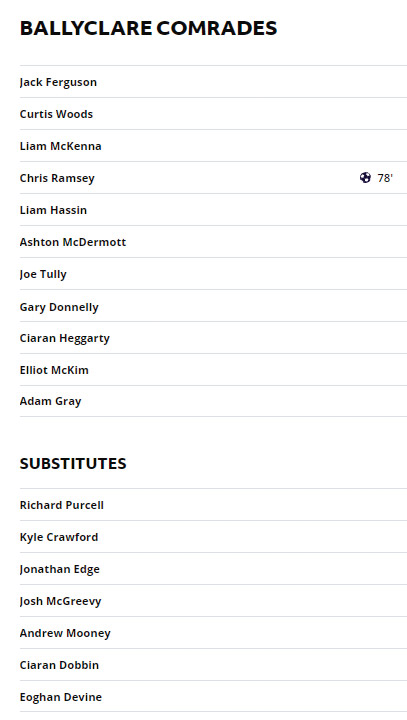 A disastrous first half performance brought Comrades’ good start to the season to a juddering halt at Annagh.

After an even opening few minutes, the pattern for the rest of the half was set in the 7th minute when Jack Ferguson attempted to clear a high ball played into the box but lost out to Duffin who got to the bouncing ball first and then had the simple task of finishing into the empty net.

The visitors looked shellshocked by this setback and almost conceded a second goal in the 11th minute when they lost the ball in their own half. It was then played across to Norton who shot from the edge of the box, but Ferguson was well placed to save.

Things got much worse for Comrades on 18 minutes. Elliot McKim didn’t get enough on a header back to the ‘keeper allowing Murray to nip in and McKim then hauled him back and got sent off for denying a goal-scoring chance.

Manager Paul Harbinson had to readjust his team, with defender Kyle Crawford coming on for the unfortunate Gary Donnelly, but Comrades continued to look very discomforted by the direct play of their opponents.

However, on 25 minutes they had a chance to snatch an equaliser rather out of the blue. A corner was won and from it a dangerous ball was played into the box by Liam McKenna to find Joe Tully who had lost his marker. Unfortunately for the striker, he mistimed his header from seven yards out and it went harmlessly wide.

The home side continued to expose the frailties of the visitors. In the 29th minute they doubled their lead, when they opened up the Comrades defence down the right before Duffin played the ball across for Murray who finished with a fine first-time effort from 16 yards.

Three minutes later it was 3-0. Jack Ferguson was penalised for picking up a back pass and from the free kick inside the box Comrades weren’t alert enough, as the ball was played to the unmarked Campbell who finished from 12 yards.

Comrades’ horror first half was rounded off in the 42nd minute with the concession of another goal. Claiming for a foul, they lost the ball cheaply on halfway, with Taylor taking full advantage to run forward and finish very well with a low shot from the edge of the box.

No doubt spurred by a stinging half time rebuke from the management team, Comrades were much better organised in the second half, albeit the game was realistically lost by that stage. They even began to cause occasional problems for the home defence.

On 59 minutes Liam McKenna got free down the left wing before cutting into the box and striking a firm shot from 15 yards, but Hughes was positioned well to save.

The visitors’ improved second half performance earned them a consolation goal in the 78th minute when good persistence from Ciaran Heggarty and Chris Ramsey at the edge of the box allowed Ramsey to break through and drill the ball in from 11 yards.

Annagh weren’t finished however and a minute into injury-time Ruairi McDonald struck a great low shot from 25 yards into the bottom corner of the net past the despairing dive of the ‘keeper.