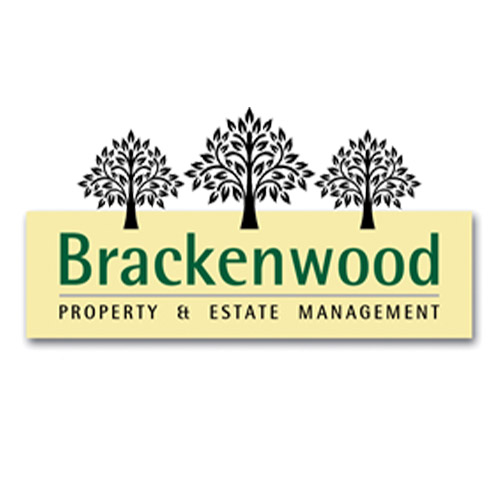 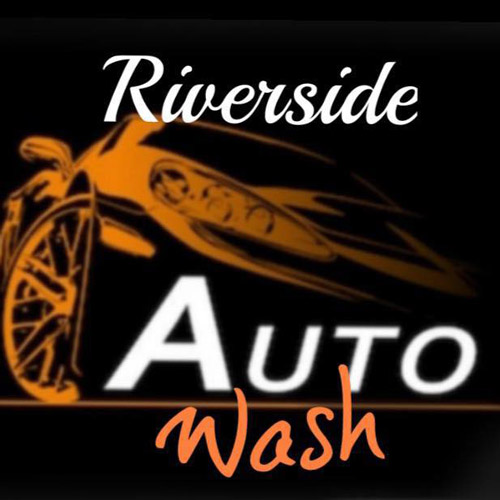 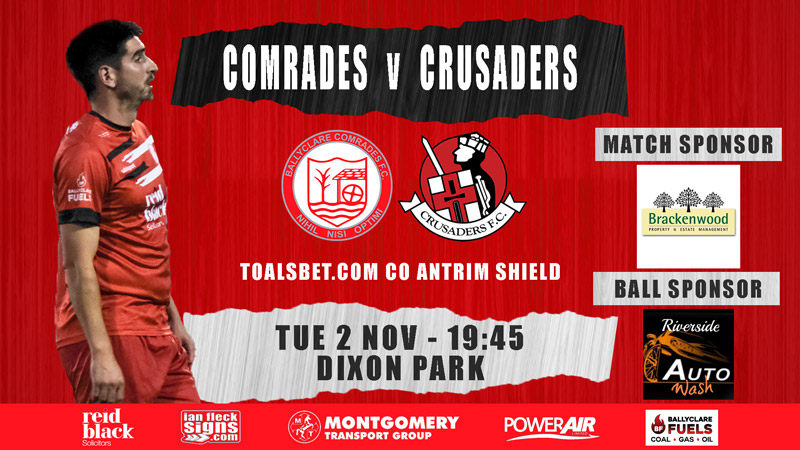 We welcome Crusaders to Dixon Park tomorrow evening for the quarter final of the ToalsBet.com Co Antrim Shield.

Crusaders currently occupy 6th position in the Danske Bank Premiership having played 2/3 games less than those above them, due to following Covid 19 protocols. They marked their return to action following their enforced break with victory over Warrenpoint Town at Milltown on Saturday. The Crues moved in front on 17 minutes when Johnny McMurray followed up with the finish after ‘Point keeper saved Paul Heatley’s initial effort. It was 2-0 ten minutes after that following Adam Lecky’s glancing header from a corner but the home side responded quickly to pull a goal back when Alan O’Sullivan converted from the spot after referee Lee Tavinder awarded a penalty for handball. Warrenpoint’s comeback was complete seven minutes into the second half with O’Sullivan’s second of the game when, despite Declan Caddell’s best efforts to clear, he squeezed the ball home from an acute angle. Crusaders regained the lead just after the hour, however, thanks to a Heatley finish past Mitchell after Ben Kennedy had found him with a perfectly delivered pass. ‘Point were reduced to ten men with seven minutes remaining when Daniel Byrne received a second booking following a challenge on Kennedy … and Kennedy himself completed the scoring a couple of minutes after that when he raced clear on the counterattack.

The Comrades missed out on the chance to go level on points at the top of the Lough 41 Championship on Saturday following a three-goal home reversal to Loughgall. Andrew Hoey opened the scoring for the Villagers after 18 minutes which was how it stayed until early in the second half when Jamie Rea doubled their advantage. Nathaniel Ferris then completed the scoring three minutes from time with a tap in from a Hoey cross. The game ended on a sour note when a melee developed near the touchline in front of the visitors’ dugout and escalated to involve most of the players. After order was restored the referee sent off Jason Johnston and Loughgall’s Ferris. Paul Harbinson spoke of his disappointment following the game and admitted the level of performance was concerning. Speaking on tomorrow evening’s upcoming fixture, Harbinson said “It’s an opportunity for us to maybe blow the cobwebs out and get players game time. I’m not overly concerned with winning the Co Antrim Shield, I’m more concerned about ensuring that our performances improve”. 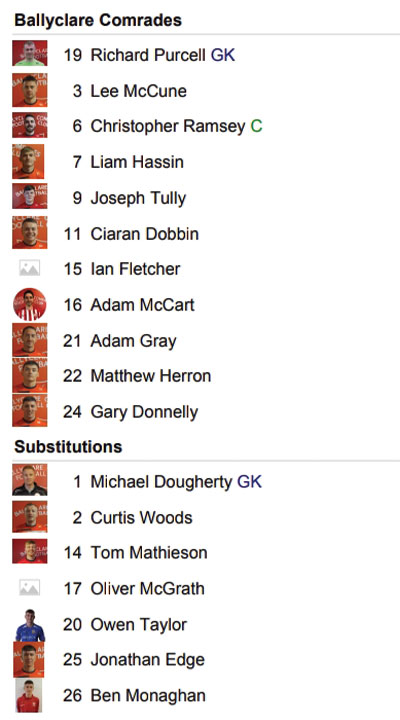 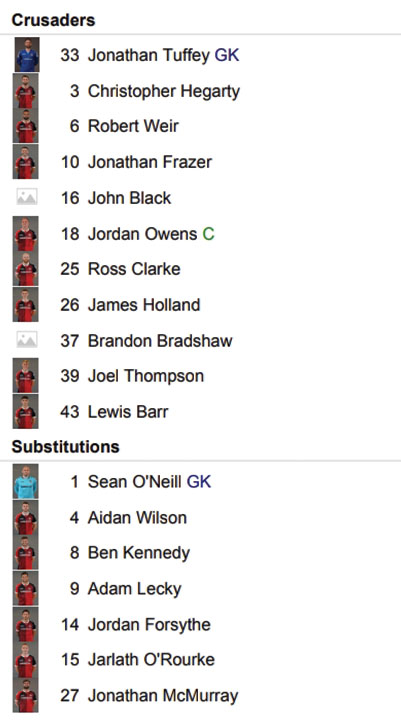 Comrades recorded a notable victory to shock Crusaders and advance to the semi-finals of the ToalsBet.com County Antrim Shield on a dramatic night at Dixon Park.

The hosts started like a house on fire and swept into the lead inside three minutes. A move on the right involving Ian Fletcher, Matthew Herron and Ciarán Dobbin ended with Dobbin taking advantage of a slip by a Crusaders defender to play a great ball across the box, finding Joe Tully who calmly slotted in first-time from 6 yards.

The fired up men in red continued to discomfort Crusaders and in the 5th minute it took a great save with his outstretched legs by Tuffey to deny Adam Gray after he had broken into the box.

Within a minute however there was nothing the visitor’s ‘keeper could do when a superbly flighted corner played in by Adam Gray saw Black head into his own net.

Crusaders were stung by this early onslaught from the home side and came close to pulling a goal back on 12 minutes when Clarke struck a 20 yard free kick which came back off the post. Even then the ball fell back to him and his effort from the edge of the box again clipped the post.

The game was now an exciting end to end affair with both teams looking capable of adding to the scoreline. In the 24th minute with Crusaders pushing up a ball played forward by Gary Donnelly caught them out and set Joe Tully in a race to get to it before the out-rushing ‘keeper. Although Tuffey got there just before the Comrades striker the ball rebounded off Tully and set him free to run into the box. However he was forced wide and Crusaders had managed to get defenders back, so Tully chose to lay the ball across for the arriving Ciarán Dobbin rather than shoot and the midfielder’s resulting effort from 16 yards flew over the bar.

Although Crusaders were pressing forward Comrades defended very well and frustrated their opponents. At the other end the hosts continued to look dangerous. On 41 minutes Adam Gray took on a defender on the left side of the box and his attempt to play the ball across the danger area was blocked by another Crusaders player, with ball rebounding back to Gray who this time attempted a shot from a difficult angle at the edge of the 6-yard box which Tuffey blocked at his near post.

Two minutes later excellent play on the right by Matthew Herron saw him weave past two defenders before playing a teasing ball across the box where Joe Tully was poised only to be denied by a well-timed intervention by a defender at the far post.

The visitors came out for the second half looking like they had been roused by the half-time team talk and piled forward looking for a way back into the game. Their opportunity arrived in the 56th minute from the penalty spot after Gary Donnelly had rather controversially been adjudged to have fouled an opponent when making a clearance. Forsythe made no mistake from the spot to halve the deficit.

It wasn’t long before Crusaders were back on level terms. They were very dangerous from set-pieces all evening and from a corner they scored on 59 minutes when Forsythe rose to head in from 9 yards.

It now looked as if Crusaders’ Premier League class and fitness would tell and they would go on to win the game. However Comrades had other ideas and very effectively ensured that the momentum did not continue to swing towards their opponents the way it had in the first 15 minutes of the second half. Although the visitors had much of the attacking possession, the home side defended resolutely and gradually also began to get back into the game in an attacking sense to pose a threat at the other end.

Clear cut chances for the visitors were limited, with perhaps Owens’ header wide from a corner on 77 minutes their best opportunity, although with the final whistle about to blow two minutes into injury-time it took some good work by Adam McCart and Richard Purcell to shut down McMurray after the striker had been set free by a ball over the top.

After an exhilarating game the final whistle brought more drama in the penalty shoot-out. Forsythe stepped up first for Crusaders but was denied by a Richard Purcell save. However the scores were back level in the second set of spot-kicks when Gary Donnelly had his effort saved by Tuffey. It was 4-3 to Crusaders when young substitute Owen Taylor, making his debut for the first-team, stepped up to take a pressure penalty which he scored confidently. It was now sudden-death and on the seventh round of penalties Purcell saved right on the line from Thompson, allowing Liam Hassin the chance to step to win the tie and spark joyous celebrations amongst the home supporters.