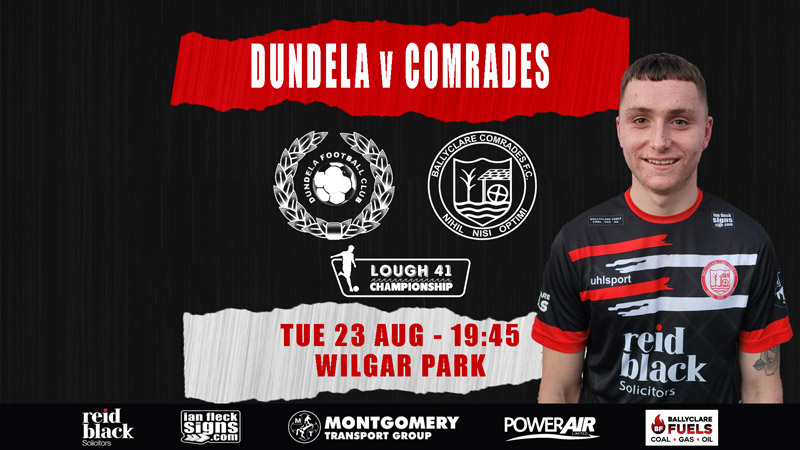 Dundela made it two wins from two at the weekend with a three-goal defeat of Warrenpoint Town at Milltown. The visitors moved in front just before the half-hour mark when, following a good move down the left, William Faulkner sent a confident finish past keeper Conor Mitchell. It was a lead the Duns sat on until the 83rd minute when substitute Rhys Annett doubled up … and then added a third for Niall Currie’s side just two minutes after that!

At the weekend, the Comrades swept to victory over Dergview at Darragh Park thanks to three second half goals. Scoreless at the break, the home side were reduced to ten men on the stroke of half-time when Bobby Deane was dismissed for denying a clear goalscoring opportunity. The visitors made their numerical advantage count just after the hour when Ian Fletcher opened the scoring before, on 77 minutes, Liam Hassin made it 2-0 on the counterattack. Northern Ireland U21 international Calvin McCurry then completed the scoring in stoppage time.

The last time these two sides met in the last game of the 21/22 campaign, Ballyclare Comrades ended their season on a high note with victory over Dundela at Dixon Park. Kyle Beggs opened the scoring for Ballyclare with a great finish midway through the first half albeit somewhat against the run of play. And they doubled their advantage on 65 minutes when Caiolan Brennan forced the ball over the line after Adam Gray’s initial effort fell into his path. Dundela pulled one back soon after that, however, when the unfortunate Adam McCart headed into his own net whilst attempting to clear a cross from the left. 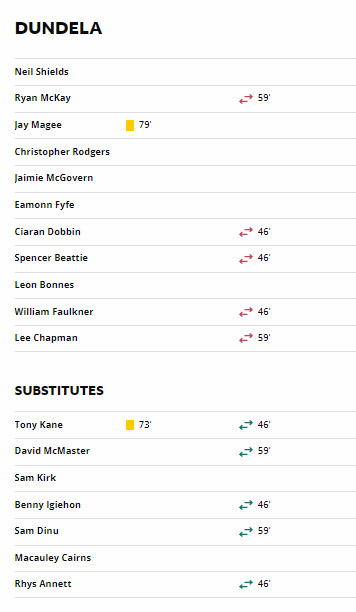 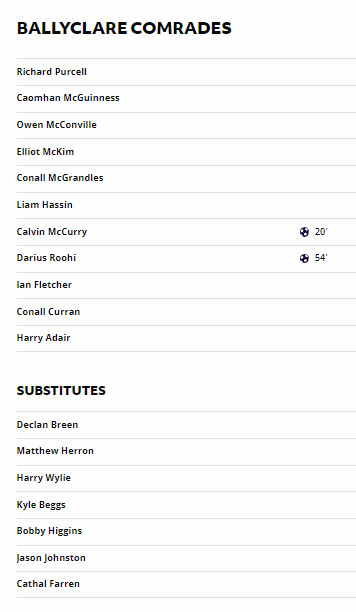 Comrades produced a performance full of passion, hard work and skill to take victory from a tough assignment at Dundela.

The hosts opened strongly playing down the Wilgar Park hill and pilled on early pressure in the first 15 minutes, but the resolute Comrades defence held firm and kept any chances from being created.

The visitors then began to get a foothold in the game. They took the lead in the 20th minute when a hopeful high ball played forward by Harry Adair towards Calvin McCurry looked like it would be dealt with by the ‘keeper. However, he completely missed the ball with his attempted clearance allowing McCurry to nip in and slide it into the net from an angle, eluding the efforts of defenders to try to get back and clear off the line.

Comrades built on taking the lead to establish a grip on the game and frustrate Dundela whose only effort of note in the first half was when a high ball played towards the box broke kindly to Fyfe, but his resulting shot from a central position 16 yards out was comfortably saved by Richard Purcell.

Comrades threatened three minutes after the restart when the ball fell from a corner to Calvin McCurry with his back to goal. He tried a backheeled effort from 5 yards, but Shields was well placed to block.

Dundela then had a spell of pressure where they won a series of corners, one of which in the 52nd minute saw McCurry head the ball off the line from a Magee header.

Two minutes later the visitors gave themselves breathing space with a second goal. The livewire Calvin McCurry made space in the box for a shot which was blocked by a defender, but the ball rebounded out to Darius Roohi who turned and fired a perfectly placed shot from 17 yards into the bottom corner of the net.

The hosts threatened to pull a goal back on 57 minutes when a free kick played into the box was met by a flicked header by Annett from 12 yards, but Richard Purcell was well positioned to make the save.

This was a rare threat on goal from Dundela who had to resort to extremely speculative long-range efforts, frustrated by their inability to breach the very well marshalled Comrades defence.

Stephen Small’s men looked more likely to add to their lead, backed by a raucous travelling support. In the 81st minute a free kick was won on the edge of the box and Elliot McKim stepped up to take it, drilling a shot on target which Shields was forced to turn wide.

Then, in the 89th minute Ian Fletcher played a long ball forward up the left which found Conall Curran in space, but his attempt to catch the ‘keeper off his line with a quickly taken shot went wide of the target from 35 yards. 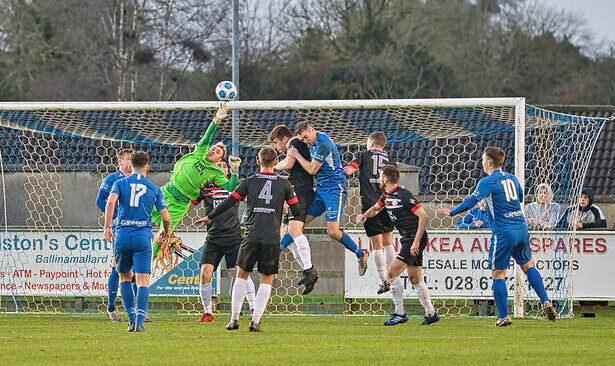