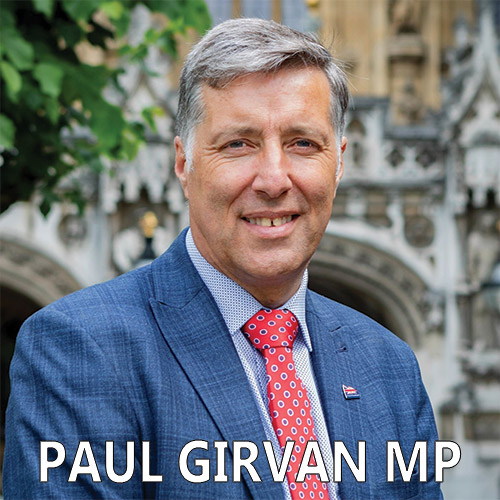 We welcome Institute to Dixon Park tomorrow afternoon for our next Lough 41 Championship fixture.

Institute edged to a narrow victory over HW Welders last week at the Brandywell to move into the top six. What proved to be the only goal of the game arrived four minutes into first half stoppage time when Orrin McLaughlin’s strike with the outside of his boot found the corner from just outside the area. Cathair Friel might have added a second late in the game only to strike an upright but that first half strike was enough to secure a third successive victory for Brian Donaghey’s side.

The Comrades came from behind 3 times last week to earn a point against ten-man Ards at Clandeboye Park. Adam Salley slid the ball home on 13 minutes to open the scoring for Matthew Tipton’s side, but Caomhan McGuinness levelled for the visitors just before the half-hour mark with an effort in off the underside of the bar. Ards were reduced to ten men soon after when TJ Murray received his second caution of the game, but they recovered to regain the lead just before the break through a Greg Hall header. Ballyclare levelled for a second time on the hour when Gary Donnelly scored direct from a corner. However, Ards moved in front once more a few minutes later when Salley converted from the spot for his second of the game … but the scoring wasn’t finished then as Donnelly also bagged his brace with a 25-yard effort beyond Alex Moore.

The last time these two sides met in September, a goal at either end of the game handed Institute the points from Ballyclare Comrades’ visit to the Brandywell. Shaun Leppard opened the scoring for ‘Stute as early as the ninth minute, with the home side thinking they had doubled their advantage soon after when Cathair Friel found the net only for it to be ruled out offside. Friel came close again early in the second half only to hit the post from a header before, five minutes from time, he did get on the scoresheet with a slotted finish below visiting keeper Declan Breen. 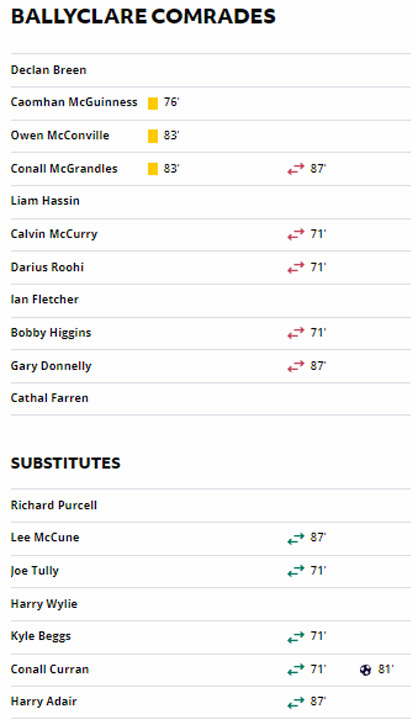 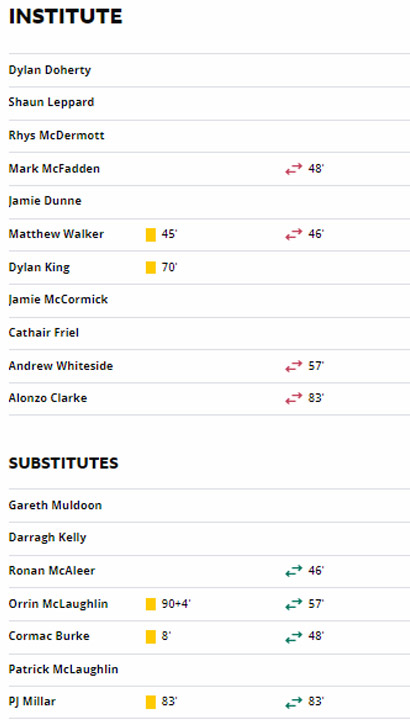 Comrades gained a hard-fought win over Institute at Dixon Park to move back into top half of the Championship table.

After an even opening to the game, it was the visitors who began to look the more threatening side. On 20 minutes the ball was pulled back to McCormick from a corner and he struck a fine effort from 25 yard which flew through the crowded box and was kept out by a good save from Declan Breen.

Three minutes later the same player forced another notable save from Breen as he fired in an effort from 20 yards.

Institute’s spell of dominance continued. Striker Friel had two chances on 24 and 29 minutes, both of which he headed over from around the edge of the 6-yard box.

On the half hour Friel had an even better opportunity. This time the ball was flicked through to him in space inside the box, but Declan Breen did very well to come out and block his effort.

The hosts had their ‘keeper to thank for keeping them on level terms in the first 30 minutes of the game, but they improved markedly in the rest of the first half. In the 37th minute they tested the visiting ‘keeper for the first time when Cathal Farren showed nimble feet to make space for a shot from 15 yards, but Doherty was able to make the save.

A minute into added time at the end of the first half Calvin McCurry burst into the box and released a shot which was deflected just wide of the far post off a defender.

With rain and a strong wind at their back at the start of the second half, Comrades started in the ascendancy. In the 54th minute Institute couldn’t clear from a corner and the ball fell to Cónall McGrandles who shot from 12 yards, but his effort took a big deflection which allowed the ‘keeper to make a comfortable save. Then on 61 minutes a dangerous corner swung in by Ian Fletcher was begging for the ball to be turned in from close range, but no-one could get the vital touch.

As the weather conditions moderated play became evenly balanced. It was the visitors who had the next big chance of the game on 78 minutes when a cross played to the back post found the head of Dunne, but he sent his effort wide from a great position.

In the 80th minute Institute came close again when a high ball was played into the box from a free kick. Comrades couldn’t clear and the ball fell to McCormick who hit an effort from 9 yards which was kept out by another fine save from Declan Breen.

A minute later the hosts grabbed what proved to be the winner. Two substitutes were to be pivotal as a great low ball played across the goal by Kyle Beggs was converted by Conall Curran from close range.

Comrades managed to see out the remaining minutes without any undue scares to secure the three points.