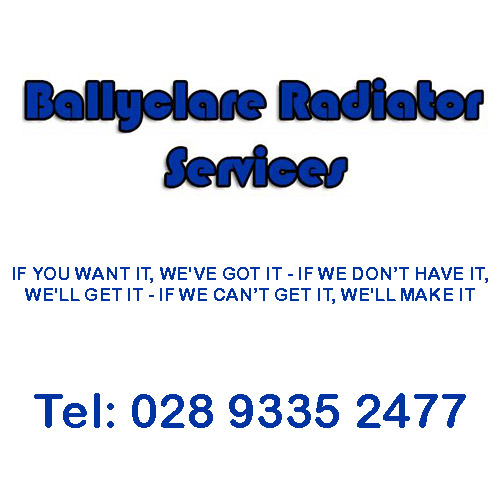 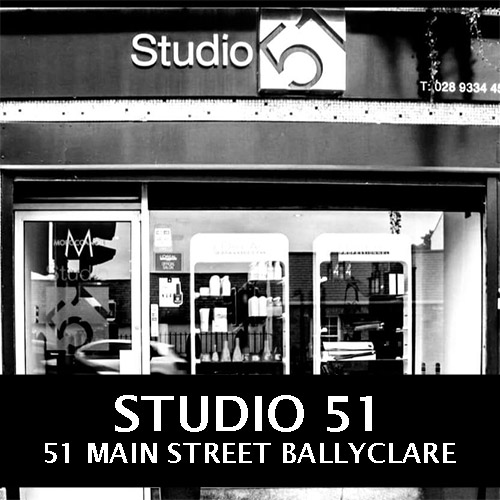 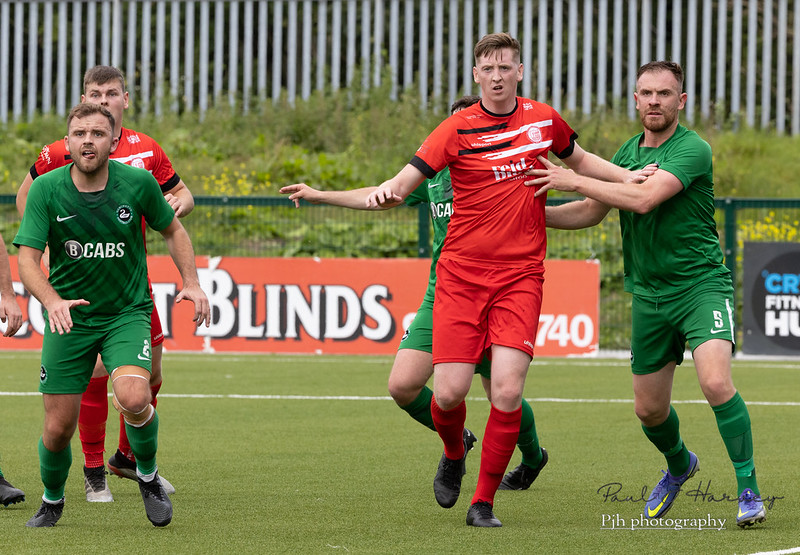 We welcome Newington to Dixon Park this afternoon for our next Lough 41 Championship fixture.

Last week, goals from substitutes Padraig Slane and Aodhfionn Casey helped Newington defeat HW Welders at Solitude. Scoreless at the break, the deadlock was finally broken on 73 minutes when Slane picked up the ball in the area and beat keeper Sam Johnston with a low hard ball driven into the bottom corner at the near post. Then, just four minutes after that, Casey doubled Newington’s lead when Gary Warwick cut the ball back from the touchline for Casey to fire home from the edge of the area just inside the right post. The Welders did bag a late consolation in stoppage time when Michael McLellan knocked home the rebound after his initial effort had been touched onto the crossbar.

The Comrades are returning to action for the first time since the beginning of the month following recent fixture postponements. Their last time out saw them battle to an equal share of the goals away to Knockbreda. Scoreless at the break, ‘Breda moved in front just three minutes into the second half with Anto Burns’ finish into the roof of the net from a Max Greer low ball across the box. But the visitors levelled just after the hour to secure a point when Darius Roohi found Calvin McCurry six yards out to beat Jonah Nicholl.

The last time these two sides met in September, the Comrades had a weekend to forget with a 5-2 defeat away to Newington. Darren Stuart opened the scoring for the Swans with two goals midway through the first half. He headed into the top corner on 21 minutes to break the deadlock before doubling up soon after with a confident finish from inside the box. Ballyclare pulled one back before the break, however, when Calvin McCurry headed home from Conall McGrandles’ corner. The Swans restored their two goal cushion early in the second half through Robert McVarnock who got on the end of a long ball to direct a header past Richard Purcell. Then, four minutes before the hour, Gary Warwick made the most of some indecision in the visiting defence to make it 4-1 … and he added a fifth later in the half after pouncing on a loose ball. Darius Roohi grabbed a late consolation for the Comrades with a finish from the edge of the box. 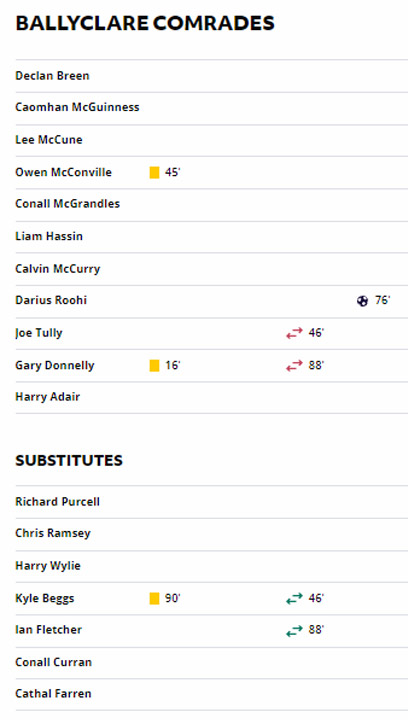 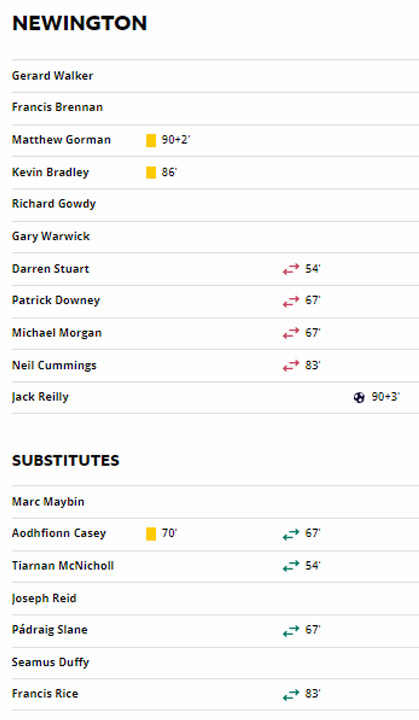 Comrades were denied a Boxing Day victory by a late Newington equaliser at Dixon Park.

The visitors who had the better of the first half got a chance inside 20 seconds when Stuart broke free to run in on goal, but his resulting effort was hit too close to Declan Breen who made a good save.

The hosts struggled to get going and Newington looked much the more dangerous side in the first 45 minutes, although solid defending from Comrades prevented many openings being created.

On 34 minutes a rare bit of defensive slackness from a corner allowed the ball to be played to Warwick inside the box and he got in a strike from a tight angle which Declan Breen blocked on the line.

Comrades were fortunate to go in at the break on level terms and needed a significant improvement in the second half. They certainly delivered this right from the restart.

Four minutes in and the Newington ‘keeper was tested for the first time. Harry Adair surged forward with the ball and played it to Kyle Beggs who had being introduced as substitute at the break. Beggs then got in a shot from the right side of the box which took a deflection of a defender and forced Walker to make a very good save.

Although Comrades were much improved from the first half, Newington still posed a threat. In the 59th minute they had a big chance to take the lead when Warwick got space to try to place a finish into the net from 10 yards, but Breen was well-placed to make a save.

The opening goal arrived on 76 minutes, and it came for the hosts. A free kick was won on the right and from this Gary Donnelly delivered the ball into the box to find the head of Darius Roohi who nodded in from 4 yards.

The visitors reacted and pressed for an equaliser. On 85 minutes they had a good opportunity when, after a long throw-in into the box, the ball broke to Warwick, but his first-time shot flew wide of the target.

Comrades were denied all three points by a very late leveller from Newington. It came from an excellent strike by Reilly three minutes into added time, when he shot from 20 yards and found the bottom corner of the net.