We travel to Solitude tomorrow afternoon to take on Newington in our next Lough 41 Championship fixture.

Newington’s opening five league games have them sitting midtable in the Lough 41 Championship with one win, two draws and two defeats. Their last outing was away to Warrenpoint during the week in the Bet McLean League Cup where they fell at the first hurdle due to a Luke Walsh first half header for ‘point.

The Comrades came from two goals down to advance past Ballinamallard to the next round of the Bet McLean League Cup on Tuesday night after a thrilling encounter at Dixon Park. The visitors grabbed the lead in the opening 30 minutes when a counter-attacked ended with Declan Breen having to make a good save from a McAleer effort from inside the box, but Reece Byrne was first to the loose ball, slotting home from 6 yards. With Comrades reeling from going behind, Mallards doubled their lead in the 33rd minute when they beat the offside trap and Edgar ran free to finish confidently past Breen. The hosts pulled a goal back on 37 minutes when a Mallards player blocked a Liam Hassin effort with an outstretched arm inside the box and a penalty was awarded which Darius Roohi confidently dispatched. The hosts had a great chance to level the scores on 71 minutes when they were awarded another penalty after a great move down the left ended with a ball into the box being blocked by another outstretched Mallards arm. Recently introduced substitute Cathal Farren stepped up to take the penalty but his effort placed just inside the post was kept out by a superb save from Ray. Incredibly, five minutes later, Comrades were awarded their third penalty of the night when Calvin McCurry was chopped down in the box. This time Gary Donnelly took the responsibility to shoot from the spot and he made no mistake to equalise for his team. The game moved to extra-time and on 101 minutes the guile of Gary Donnelly unlocked the visitors’ defence to find Conall Curran who finished confidently from 15 yards to put Comrades ahead for the first time in the game. In the dying moments of the game the visitors were caught out pressing forward when ‘keeper Ray was robbed of the ball just inside the Mallards half by Liam Hassin who ran forward to slot home into the empty net and seal victory for Comrades.

The last time these two sides met in a competitive fixture was almost exactly 4 years ago in the County Antrim Shield at Dixon Park. The scores were tied at 1-1 after 90 minutes, but it was the Comrades who would progress to the next round with 2 goals in the second half securing the victory. 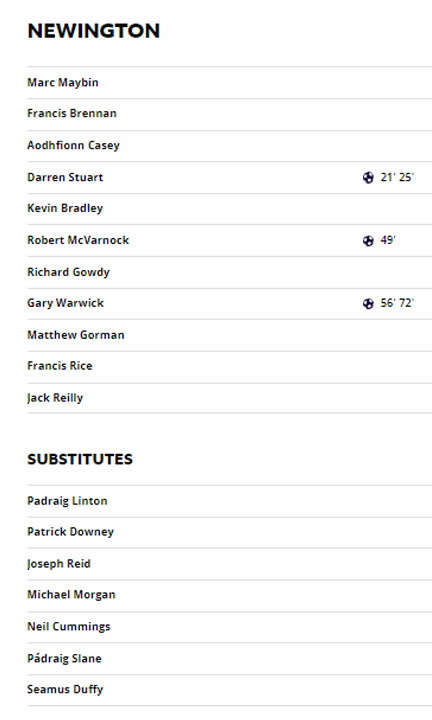 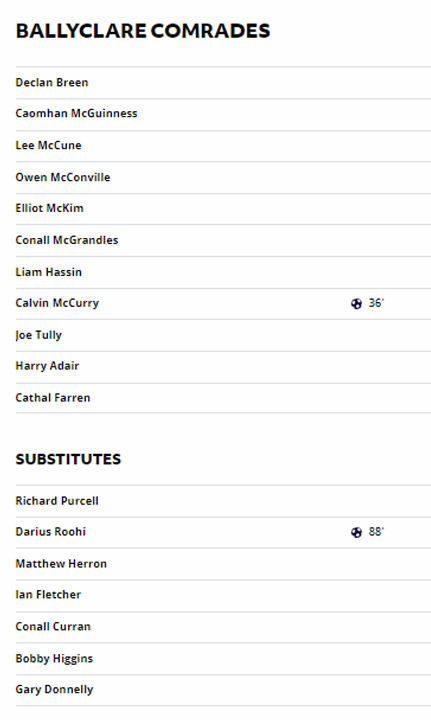