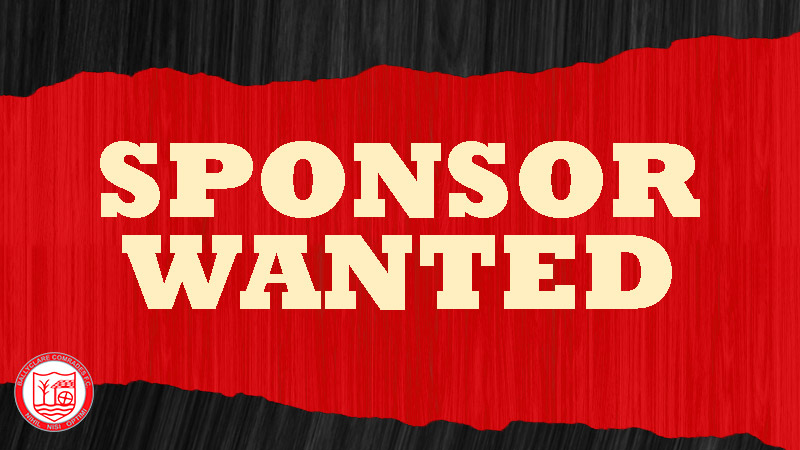 Ballyclare Comrades FC are pleased to announce a sponsorship opportunity has become available for our matchday highlights & post-match interviews.

With the 2022/23 campaign just underway, we are pleased to offer this sponsorship opportunity for the new season. The advertising elements of this opportunity includes your company logo throughout all of our match highlights & post-match interviews, as well as a clickable link to your company website when posting these videos to our social media accounts.

For more information or to discuss the below opportunities, please email Zoë at zoreid@sky.com 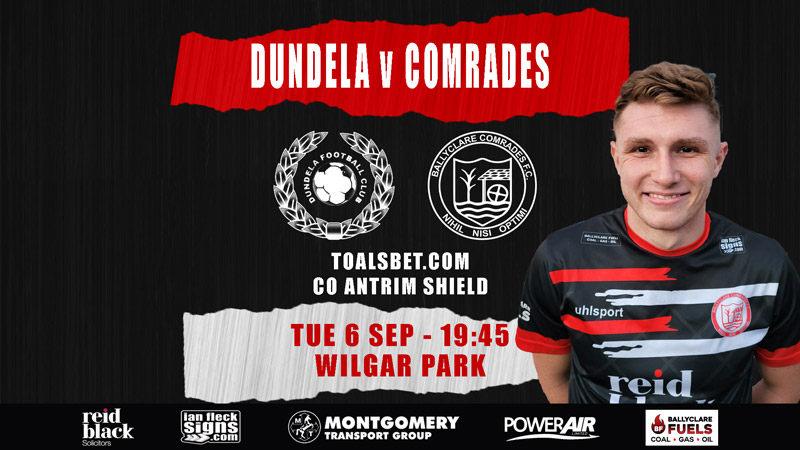 We travel to Wilgar Park tomorrow evening to take on Dundela in the first round of the ToalsBet Co Antrim Shield.

What: ToalsBet Co Antrim Shield – Round 1

Dundela won on the road on Saturday with a 2-1 defeat of Ballinamallard United at Ferney Park. The visitors moved in front after 11 minutes through Eamon Fyfe who connected with a Tony Kane corner to head past keeper Michael Lynch. Ballinamallard levelled, however, around the half-hour mark through Caolan McAleer. And that was how it stayed until midway through the second half when supersub Rhys Annett followed up with the winner after Kane’s initial effort had been pushed away.

The Comrades edged past Knockbreda by the odd goal in five at Dixon Park on Saturday. The home side moved in front after nine minutes when Darius Roohi converted from the spot after Calvin McCurry had been brought down. And that was how it stayed before a couple of quick goals put Knockbreda in the driving seat. First, on the hour, Ross McCaughan headed home from a corner before, nine minutes later, Karl Hamill connected with a cross from the right to find the net at the back post. But Ballyclare levelled soon after courtesy of Cathal Farren’s far post header … with Joe Tully then grabbing what proved to be the winner on 82 minutes with a 25-yard drive.

The last time these two sides met, just two weeks ago, the Comrades defeated Dundela at Wilgar Park thanks to a goal in each half. Calvin McCurry opened the scoring for the visitors after 20 minutes when Duns keeper Neil Shields failed to clear the ball. That was how it stayed until nine minutes into the second half after Darius Roohi doubled Ballyclare’s advantage despite a good start from the home side.